Yesterday, the most anticipated award in MLB this year was announced. Mike Trout, center fielder for the Los Angeles Angels of Anaheim and Kris Bryant, third baseman for the reigning World Series champion Chicago Cubs, have won the 2016 American and National league MVP awards. 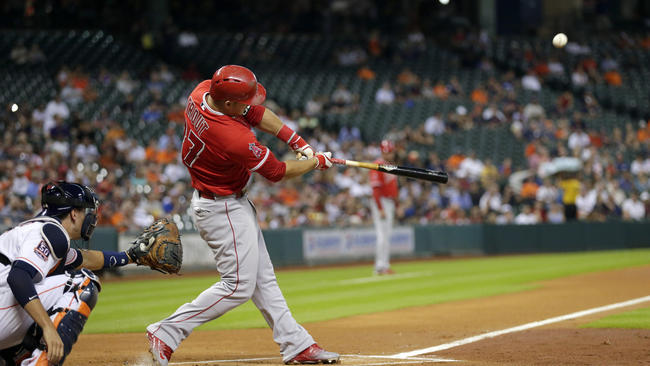 In the National League, Kris Bryant destroyed the competition. He outscored second place finisher Daniel Murphy by 170 points. He was one first-place vote shy of winning unanimously with 29. Bryant also had an excellent season with 39 home runs, 102 RBI, and a .292 batting average. He also had a .939 OPS, a .554 slugging percentage, and a .385 on-base percentage. Kris Bryant is now one of four people to win the MVP award the year after winning the Rookie of the Year award, joining Cal Ripken Jr., Ryan Howard, and Dustin Pedroia.

As you can see based off of Trout and Bryant’s stats, they are both very deserving of the award. Regardless of whether they are on a fourth place team (Angels), or on a team that won the World Series this year(Cubs). So there you have it, Mike Trout has now added another trophy (and free vehicle) to his already outstanding resume, while Kris Bryant is just getting started.

Will Trout be what the Angels need to turn the team around in 2017? Will Bryant lead the Cubs to a second World Series title next year? It looks like we will have to wait until next year for the answers.