There have been thousands of pitchers that have played in the MLB since it’s creation in 1869. Of those thousands of pitchers, only 24 have won 300 games in their career. The last person to enter the club was Randy Johnson in 2009. Every pitcher in the 300 win club is either in the Hall of Fame or Roger Clemens, and of that 24, just over half of them pitched in the live ball era, and with pitchers pitching less and less, and arm injuries becoming more abundant, it is hard to tell if we will ever see another 300 win pitcher.

There are more players in the 500 home run club and 3000 hit club than in the 300 win club, which makes this club even more prestigious. Now, what everyone wants to know is, who the next pitcher to enter the 300 win club will be, and every year fewer and fewer players show that it is possible for it to happen again. 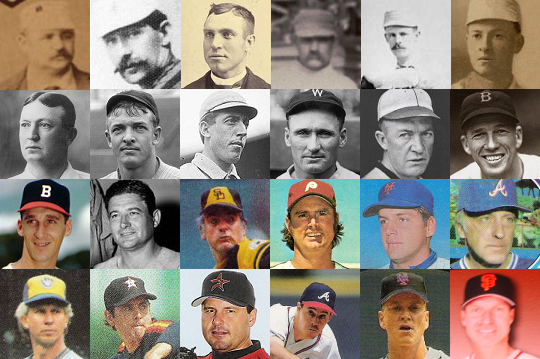 The only two pitchers right now with over 200 career wins are C.C. Sabathia with 223 and the ageless wonder Bartolo Colon with 233. Despite them being closer than anyone else right now, Colon is 43 years old and Sabathia is 35 and unless there is an absolute miracle, they are both guaranteed to miss out on the 300 win club.

There is another problem facing every player that sets foot on the mound, injuries. According to MLB.com, there are 22 pitchers in the MLB that are injured right now, and there is so much more where that came from. I don’t care who you are, if you undergo Tommy John Surgery it could take years to recover and put you out of the running for the 300 win club.

Then, of course, there is the team. There are many players that have it in them to win 300 games but they play on teams that are holding them back. Let’s take Zack Greinke for example, Greinke started his career off with the Kansas City Royals. In his 7 seasons with them, he compiled a record of 60-67. Ever since Greinke was traded to Milwaukee after the 2010 season he has played for the Angels, Dodgers, and Diamondbacks, with a win-loss percentage of .742.

Felix Hernandez has put himself in my number 3 spot with his 154 career wins at age 30. If Hernandez can duplicate what he has done in the last ten years than he will just barely reach 300 wins by the time he turns 40.

King Felix plays for the Seattle Mariners and since they are not that great a team they have not put him in the best spot. Like Greinke, his team is one of the reasons why he doesn’t have as many wins as he should. He also is coming off a pretty lousy 2016 where he only compiled 11 wins with 8 losses, and he may be slowing down. So despite being number three on this list, he will most likely not make it.

In 8 years in the major leagues, MadBum has compiled exactly 100 wins in his career and has been very consistent in that time period. Bumgarner plays for the Giants who have in the last 6 or so years proven that they are one of the premiere teams in the MLB. With good run support from his team, and being only 26 years old, he is definitely on track to win 300 games in his career.

This definitely should not a surprise to anyone. Clayton is undoubtedly the best pitcher in baseball right now and he is not slowing down. Kershaw is the same age as Bumgarner but is 26 wins ahead of him with 126 and plays for the Giants Division rivals and hated nemesis the Dodgers. Kershaw is undoubtedly a shoe in for the 300 win club and if he can keep up the pace he is at, stay healthy, and not slow down like Sabathia or Colon, then he is going to be the next player to enter the prestigious club it is that simple.

Kershaw is undoubtedly a shoe in for the 300 win club and if he can keep up the pace he is at, stay healthy, stay with the Dodgers (or any good team for that matter), and not slow down like Sabathia and Colon, then he is going to be the next player to enter the prestigious club, it is that simple.

4 thoughts on “Will We Ever See Another Pitcher Reach 300 Wins? (Giuseppe)”