Thus far in the 2018 Major League Baseball season, the Baltimore Orioles have been an absolute atrocity on the baseball field with no pitching staff, a mediocre offensive core, and a horrendous bullpen to boot. The once beautiful Camden Yards has now become a dark cavern of sadness and misery where fans come to see a once outstanding team play some of the worst baseball in franchise history.

No team has been as consistently horrible as the Baltimore Orioles in 2018 and they currently own baseball’s worst record at 24-59 (a .289 win-loss percentage). The team is currently last in baseball in batting average and pitching WHIP, 29th in runs, and 28th in earned run average. The team that signed Alex Cobb to a 4-year, $57 Million deal this offseason, have been given the privilege of seeing him post a 6.75 ERA with a 2-9 win-loss record. 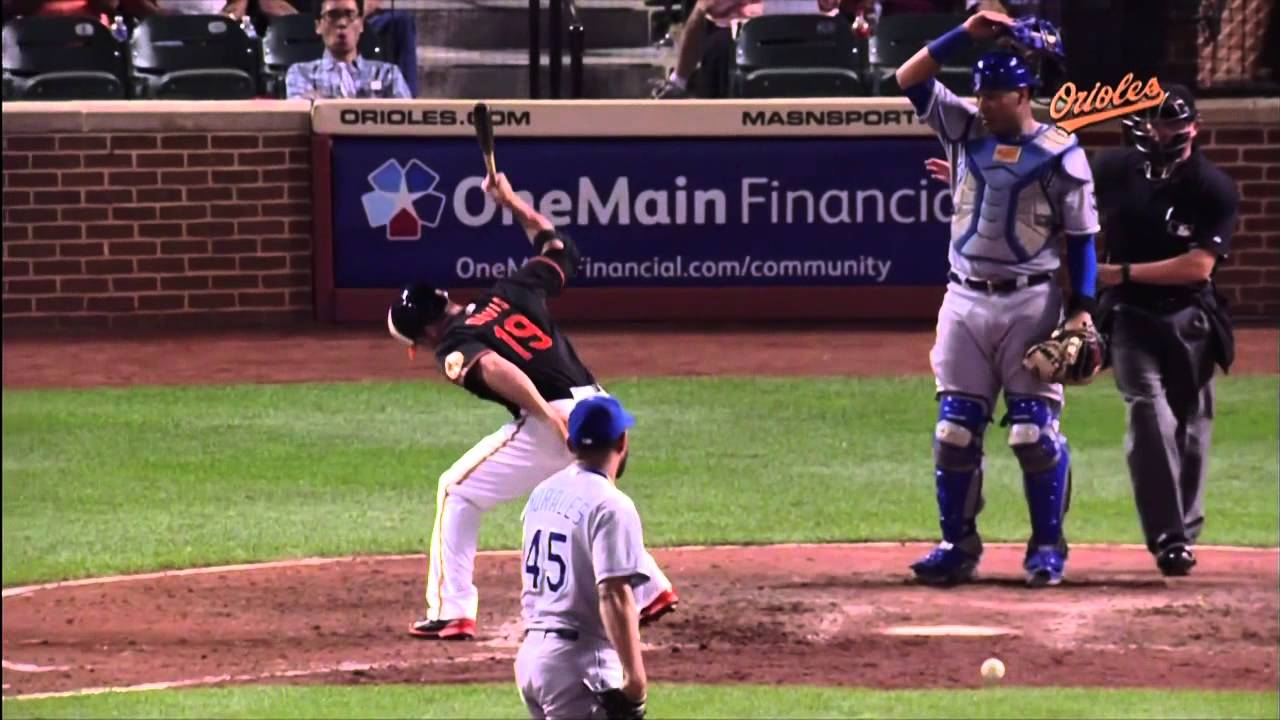 The Baltimore Orioles also took a risk by signing Chris Davis to a 7-year, $161 Million mega-deal in 2016 and not only has the worst case scenario taken place, but it is currently in its nuclear winter. Chris Davis is well on his way to having the worst offensive season in the history of Major League Baseball with a -2.1 WAR. Davis cant hit, he can’t field, and he can’t run anymore. Davis is currently being out hit by American League pitchers and he is not even halfway through his deal, meaning that he could decline even worse as the years go on. If you needed to sum up the Orioles squad this season in just one player, it would most likely be Chris Davis.

Through all of this pain, suffering, and terror that Orioles fans have been put through in 2018, there has been one bright spot, a sliver of light to a blind man, and a puddle of water in the middle of a vast desert. That Bright spot has been Manny Machado.

Manny Machado has been an absolute monster this season hitting .310/.377/.564 with 21 home runs, 59 RBI, and a 159 OPS+ (100 is league average). With the Orioles team being so out of wack and Manny Machado being both their only asset and a free agent at the end of the season, the only logical thing for the Orioles to do would be to trade Machado and get some top minor league prospects for the long haul. With it almost being a guarantee that Machado will be traded by the July 31st deadline, let’s have a look at the top candidates to acquire Machado.

FanRag Sports’ Jon Heyman recently reported that the San Diego Padres have thrown their hats in the ring for Machado and while few believe that the Padres actually have a chance at Machado they could make a strong push for the superstar shortstop. The Padres are currently 8 games out of first place in the packed National League West and a Padres executive characterized their contact with Machado as “due diligence” and downplayed the possibility of actually acquiring him. The Padres have a stacked farm system and if they decide against selling at the deadline, they may consider parting with some prospects to get Manny Machado in a San Diego Padres uniform.

The St. Louis Cardinals are currently third in the National League Central with a 42-40 record and are 5.5 games behind the first place Milwaukee Brewers. The Cardinals may try to get Machado and put him at shortstop next to Paul DeJong in order to push for the division title.

The Arizona Diamondbacks have the second oldest team in the National League (second to the Giants) and their time is now. Arizona is currently first in the National League West with a 47-38 record and their championship window is closing (especially with Paul Goldschmidt possibly being a free agent after the 2019 season). While this may be the point in which the Diamondbacks would want to hold on to their prospects, acquiring Manny Machado could catapult them ahead of the rest of the National League West and make them a true powerhouse heading into the postseason. This is a very similar scenario to what the D-Backs did last year with J.D. Martinez and it is not a stretch to say they will do the same.

The Los Angeles Angels recently suffered the loss of 2017 All-Star Zach Cozart after Cozart suffered a shoulder injury that would require a season-ending surgery. The Angels are slipping in the American League West Division and if they do not make a change, they will have wasted yet another year of Mike Trout’s prime and possibly the best season in Major League Baseball history. The Angels are notorious spenders and it would not be surprising to see the Halos make a push at Machado in an attempt to gain ground in the American League Wild Card Race. Despite how fitting this trade is for the Angels, the trade would not be as fitting for the Orioles due to the lack of pitching prospects in the Angels’ farm system.

The Milwaukee Brewers are off to a 49-35 start and are a half-game ahead of the Chicago Cubs for the National League Central title. The Brewers may make an attempt at acquiring Machado with hopes of separating themselves from Chicago and St. Louis in the division.

The Philidelphia Phillies are currently 3.5 games behind the first place Atlanta Braves in the NL East race and are desperate for a boost to separate them from their Division rivals. Machado would be the boost the team is looking for and could possibly put them on the same level or ahead of the Braves in the Division. The Phillies are currently seen as one of the frontrunners for Machado and they have a star-studded Farm System to get him. If they were to acquire Machado, it would make up for the disappointment that has been JP Crawford and somewhat make up for Maikel Franco’s -0.4 WAR this season.

The Atlanta Braves currently own the best record in the National League with an outstanding young core with a perfect mix of you young talent and veterans. The team has banded together to overthrow the Washington Nationals for the National League East Division and are heavy favorites to win the Division.

Baltimore is in desperate need of pitching and Atlanta has an abundance of young pitching prospects that they would be willing to part with for Machado. The Braves would likely move Dansby Swanson to third base to allow Machado to play shortstop. Machado would put the Braves on a whole different level from the rest of the NL East and would make the three-team race that is the NL East a much less tight one.

The Chicago Cubs are a half game behind the first place Milwaukee Brewers for the NL Central title and may be willing to part with some of their prospects in order to get a little extra boost in the standings. Sure the Cubs could do it without him, but if Chicago intends on winning the World Series, they are going to need to play some better baseball and win the division at the very minimum. Machado could help give the Cubs an edge in the watertight Central and possibly help them become champions for the first time since 2016.

The Baltimore Orioles currently consider the Los Angeles Dodgers one of their most ‘Aggressive Pursuers’ and after losing star shortstop Corey Seager to a season-ending Tommy John Surgery, the Dodgers need to fill in the massive gap that Seager’s elbow created. The Dodgers have a top Farm System and are in desperate need to get back atop a division that appears to be slipping from them.

The 2017 NL Pennant winners are 1.5 games behind the first place Arizona Diamondbacks for the National League West and the acquisition of Manny Machado could put the Dodgers over the top. The only issue that would arise if they were to obtain Machado is that Los Angeles would most likely go over the $197 Million luxury tax threshold. Despite this, the Dodgers are the heavy favorites for Machado and it should come as no surprise if we see Machado in a Dodgers uniform sometime in the near future.

Regardless of where Machado ends the season, it will take a king’s ransom of prospects to acquire him and whoever Machado falls will get the privilege of seeing one of the premier offensive forces in baseball play for their team as the second half of the 2018 MLB Season comes to a start.

May the best team win!